3 Reasons an Anti-Flipping Tax is Counterproductive 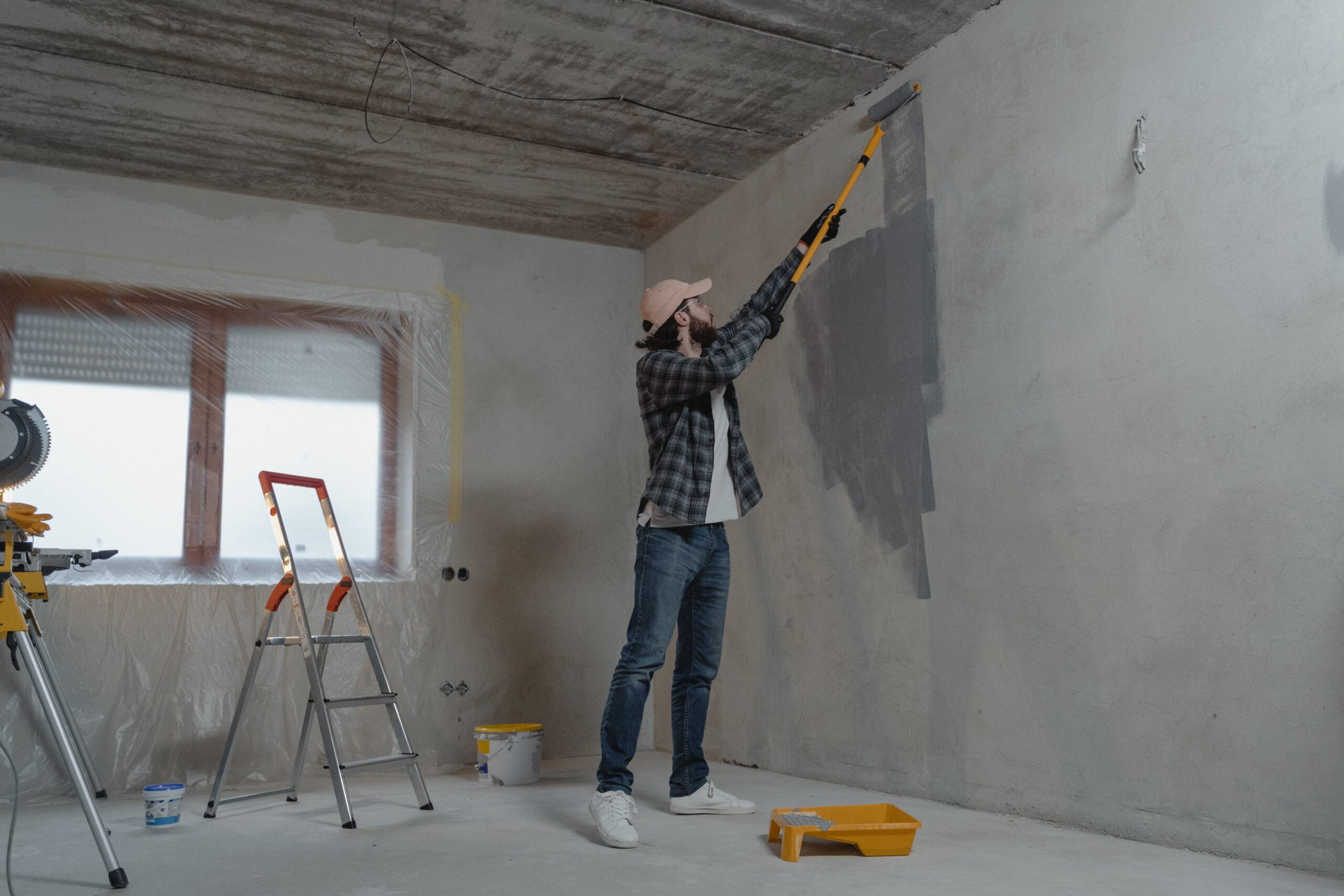 The real estate market is hot in Canada, due to reduced supply and increasing demand.

It also means rising prices and calls to halt the pace of those increases. One suggestion being proposed by politicians is an “anti-flipping tax” or a “speculation tax.” The belief is that by discouraging those who purchase properties and then re-sell them, prices won’t continue to jump up.

In fact, those who purchase properties with the intention of renovating and reselling them (known as “flipping”), or to rent them (known as “BRRR” for buy, renovate, rent and refinance) can actually help the real estate market.

That’s because flipping adds properties to the real estate market, for purchase and for rent. Making those who do this work pay additional taxes likely won’t cool the hot real estate market and may actually create other problems.

Calvert Home Mortgage Investment Corporation has prepared a series of blog posts that looks at the important role of flipping and the BRRR business. This is the second post of the series. The first post was 3 Ways Real Estate Investors Support the Green Movement.

1. Flipping Is Not the Problem

Adding taxes and creating other policies that discourage flipping is looking in the wrong place for a solution to rising costs.

Flipping properties by buying to renovate and sell or rent is not the cause for the continued rapid increase in housing prices.

Governments are also admitting this fact.

For instance, Ontario has been looking at the housing market, holding a virtual housing summit in January that brought together various levels of government.

The summit highlighted the need to speed up development to increase housing supply. Flipping was not cited as a reason for rising prices. Instead, the provincial government pointed to “low interest rates, higher overall disposable incomes, limited resale listings and shifting home preferences to explain the strong demand.”

The summit included the promise by the province to provide more than $45 million in the form of a new fund to streamline development approvals and cut red tape to speed up development. The Municipal Affairs and Housing Minister said that affordability is a priority, as well as “enabling the right mix of homes in the right places.”

Rental supply is also an issue. Community groups such as the United Way prepared material for the summit. In it, the organization stated: “Addressing Ontario’s housing crisis requires also creating rental housing that is affordable.”

Here’s more support for the fact house flipping is not to blame for price increases. Wesley Hodge English of the University of Texas at Arlington conducted a study on the impact of property flipping on single family detached home prices. He concluded that in his analysis that flipping homes has no significant effect on prices in a neighbourhood, at least as far as the market for single-family homes is concerned.

When examining the “perception that property flipping had a negative effect on home prices among other things,” English used modeling to “empirically determine if houses that have previously flipped have any influence on value when compared to the non-flipped properties in the same market. Through a regression analysis, it is determined that the incidence of a flip does not significantly change the value of a home.”

Those who renovate to sell or rent don’t get more for their properties than market prices. They don’t make more than other comparable homes on the market.

Instead, flippers take on the risk associated with buying a home that’s often in disrepair, that nobody else wants to purchase. Then they have the costs of holding the property, and the costs of materials, renovations and labor, followed by the costs to sell the property.

2. Supply is the Cause and the Solution

Adding taxes to discourage flipping ignores the real problem: the lack of supply when it comes to the housing and rental markets.

Some politicians have called for an anti-flipping tax, but in the federal election campaign in late 2021, the platforms of the three leading political parties addressed housing supply.

A Financial Post article titled “Supply is the only cause and solution to Canada’s housing woes” highlighted this, stating that all three parties “acknowledged the need to increase new housing construction in Canada, recognizing that runaway housing prices are at least partially fuelled by not having enough housing for the growing population.”

The article included analysis by Nuno Paixão, a senior economist at the Bank of Canada, who examined Canadian housing supply in the fall of 2021. The report compares “elasticity” of Canadian cities, isolating the differences between cities in how they respond to lower supply. For instance, Winnipeg is responding to increased demand with more supply than Vancouver, making it more elastic.

The report concluded that “cities in Canada with more inelastic housing supply…faced a higher house price growth… than the cities with more elastic supply.” In other words, prices rose faster in cities where the housing supply was inadequate and the response to reduced supply was also not sufficient.

The authors of the article for the Financial Post are Murtaza Haider, a professor of Real Estate Management at Ryerson University, and real estate industry veteran Stephen Moranis. The article spoke to those who think Canada’s housing problem is excessive demand and not supply.

The authors acknowledge that the pace of new housing has increased, but the “number of starts has only reached the same level observed decades ago when Canada’s population was nearly half of what it is today.”

They conclude that: “supply has been the problem for housing affordability, and supply is also the solution. Tinkering at the margins has not been effective, nor will it be in the future.”

New housing development is not the only way to increase supply. Real estate investors help the market by adding turn-key properties for purchase or by increasing the availability of rental properties (which also faces supply issues in major centres).

Rather than create policies that discourage flipping, governments could look to encourage the addition of these renovated turn-key properties as a way to deal with the biggest issue: housing supply.

3. Focus on Policies That Will Help

Policies that could help ease real estate supply issues would be more effective than extra taxes levied on those who flip properties.

The report Emerging Trends in Real Estate 2021, published by Urban Land Institute and PWC, interviewed over 1300 people and collected surveys from 1600 people in the United States and Canada, drawing from a variety of sectors involved in real estate, such as developers, investors, banks, builders, and realtors.

One suggestion in the report was to repurpose existing commercial, retail, institutional and industrial real estate into residential development, particularly as work-from-home and online shopping trends have increased.

It also suggests that policies to support faster approvals for development would help.

“We know that supply is the key to alleviating housing affordability pressures…While some governments have made strides on policies to increase supply, there is more to do. Interviewees for the PWC report were almost universal in their concern about municipal timelines for development approvals.”

That’s certainly echoed in the policies being forwarded by the Ontario government with its “Streamline Development Approval Fund.” The goal is to help Ontario’s 39 largest municipalities “modernize, streamline and accelerate processes for managing and approving housing applications.”

The Ontario provincial government has also announced a “housing affordability task force” that will look into ways to boost the supply of rental and ownership housing. One of the concerns continually raised by governments is reducing red tape to allow for faster housing creation. Enabling home renovations rather than adding taxes would also allow for more housing creation.

Other initiatives that would boost housing development and stimulate the economy would be more effective than adding taxes that discourage flippers.

In Emerging Trends in Real Estate 2021, interviewees expressed concern that governments will turn to real estate to address their massive deficits. Instead, suggestions were made to look at measures to stimulate the economy and support home construction.

As well, a set of recommendations compiled by BILD (Building Industry and Land Development Association) and the Canadian and Ontario Builders’ Associations and presented to Ontario’s Finance Minister provided suggestions for initiatives that could be taken by the federal, provincial and municipal governments, such as:

It’s clear that there are policies and initiatives that could be introduced to address the real issue of Canada’s rapidly increasing housing prices: supply. Discouraging renovations of existing properties with an anti-flipping tax would be counterproductive.

With real estate prices continuing to increase, the search for a solution is more complex than adding taxes that will discourage the renovation of older properties. By renovating to sell or rent, “flipping” can form part of the solution.

With the industry focusing on supply as the biggest issue, speeding up the pace of new construction will help. But the renovation of properties for resale, or to add rental units, will also help to ease the supply problem. Repurposing existing commercial or retail properties into housing could also help.

Rather than look to discourage real estate investors, governments could support the work done by investors and alternative mortgage lenders.

Calvert Home Mortgage Investment Corporation is an alternative lender in Alberta and Ontario that supports real estate investors. Contact one of the experienced Calvert underwriters for more information on how flippers are good for the real estate market.

Ardith Stephanson is a freelance writer and journalist who writes on a variety of topic areas. 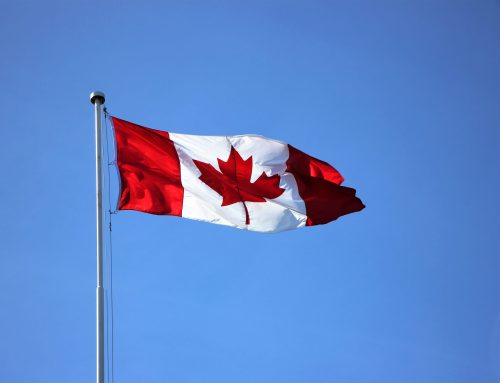 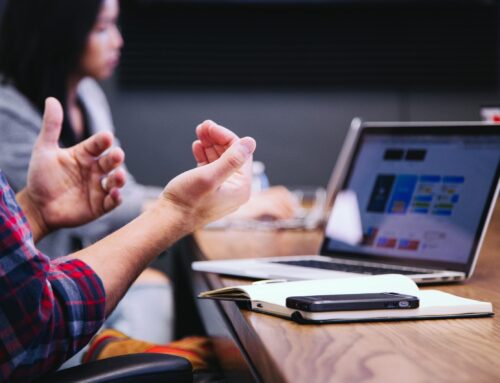 Everything You Need to Know About Our In-House Valuations 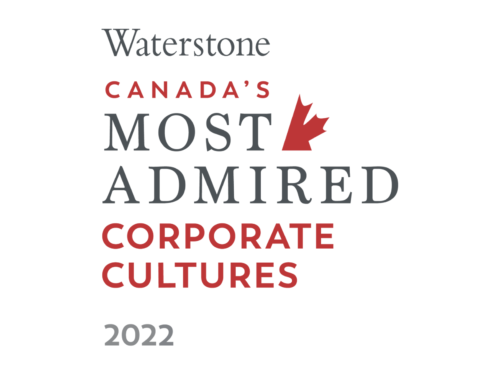 Calvert Home Mortgage is your trusted, caring and responsive short-term mortgage lender in Alberta and Ontario.

Back to top
Page load link
Go to Top